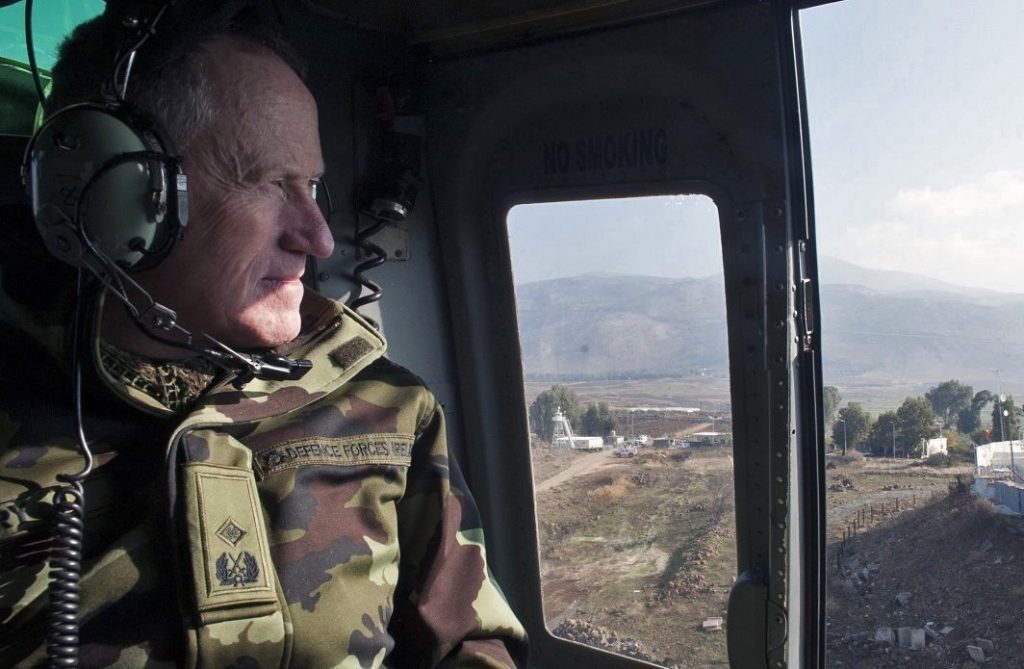 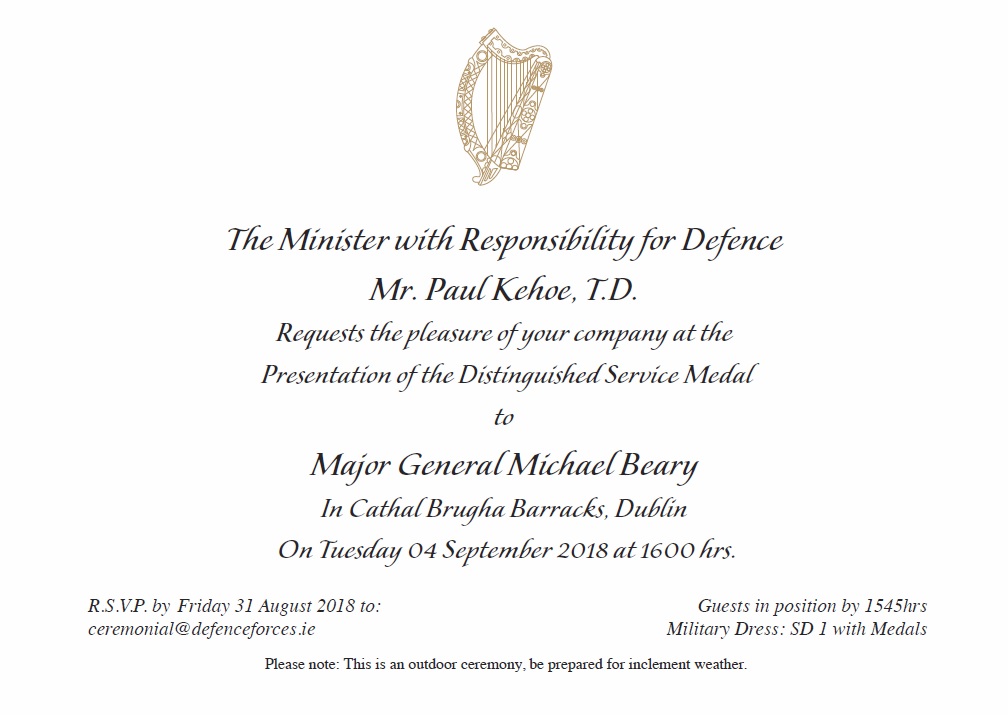 Members of ARCO will be aware that Major General Michael Beary has handed over command of the United Nations Interim Force In Lebanon (UNIFIL) and will retire shortly from the Defence Forces.

On Tuesday 4th September 2018, at 1600 hours, Major General Beary will be presented with the Distinguished Service Medal by the Minister with Responsibility for Defence, Mr. Paul Kehoe TD, at a ceremony in Cathal Brugha Barracks, Dublin. A reception for guests will be held after the ceremony.

Many of Major General Beary’s colleagues and friends in ARCO will wish to accept the Minister’s invitation to attend the ceremony.  If you are attending, please reply to ceremonial@defenceforces.ie