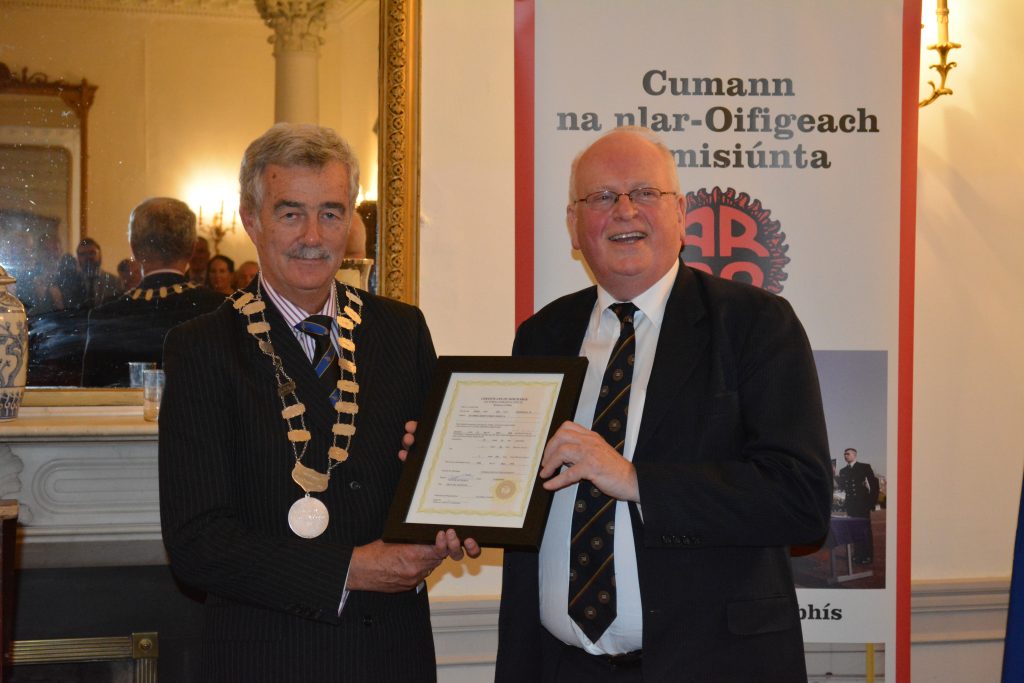 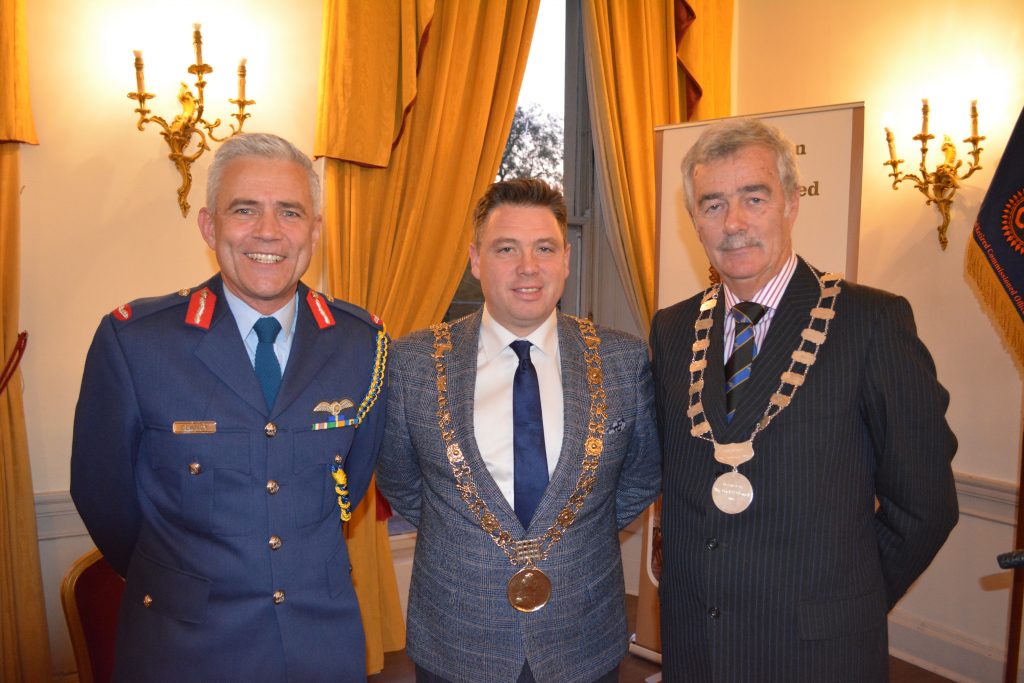 Marking its Silver Jubilee, ARCO hosted a reception in The Stephen’s Green Club, on 16 October.

The welcome address, delivered by Brigadier-General Paul Pakenham (Retd), can be downloaded HERE.

At the conclusion of the reception, Senator Michael McDowell SC, who was the Guest Speaker, was presented with his Certificate of Service with the 6 Field Military Police Company (FCA).