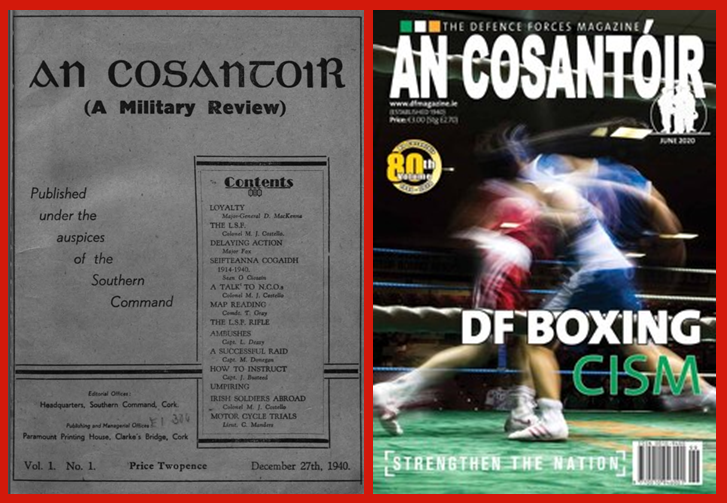 An article titled “SITREP from ARCO”, was published in the June edition of An Cosantóir. This informative article covers ARCO’s Posture, Submissions to Government Departments, Communications, and the Association’s focus for the short to medium term.

An Cosantóir is the official magazine for the Defence Forces. Since 1940, An Cosantóir has charted the history and heritage of the Defence Forces, while providing an important platform for the publication of articles on Defence issues. The magazine has an impressive current circulation list of 2,000 print subscribers, 140 digital subscribers and 750 copies for retail sale.

However, with effect from 01 August 2020, An Cosantóir will no longer be a subscription based model, and will move from a printed to a digital publication. Six editions of the digital magazine will be published annually.

Back issues of An Cosantóir are available on its website: www.dfmagazine.ie

ARCO conveys its best wishes to the An Cosantóir Team as it moves to its new format.